In a quasi word?

That’s the reaction many Counting On viewers are having at the moment, after viewing a photo Joy Duggar that has left them convinced her sister-in-law is pregnant.


Allow us to explain…

Joy, you see, recently posted photos she took of her and her children while they were allegedly out and about with Josiah and Lauren.

“Went searching for an apple orchard with @siandlaurenduggar, but found peach trees instead!” Joy’s caption to the following photo read, concluding:

“It was still beautiful! Fall is my favorite.”

Based on this picture, social media users think Lauren Duggar is expecting her second child.

As you can see, fans have noticed that Josiah and Lauren are not in any actually in this snapshot.

These same fans have then jumped to perhaps an enormous conclusion by stating that Josiah and Lauren are elsewhere in the lovely setting, posing for photographs that will be used for their impending pregnancy announcement.

“It might also explain why Bella is in a frou frou outfit and Evy is in leggings and a onesie,” another individual remarked.

And then a third chimed in with:

“I think so especially because of Lauren’s lack of social media posting. not shocking at all, especially since Bella will be 1 next month.”


It is true that Josiah and Lauren have taken an Instagram break, and also true that other members of this frequentlly-procreating family do this shortly before dropping a pregnancy bombshell.

But, again, as far as evidence of a forthcoming baby goes… this is rather flimsy, no?

Just this past August, Lauren detailed the pain of her first childbirth.

After experiencing pain due to her daughter’s head being placed near her back, Lauren explained on a Counting On episode that she epidural, which had not been on her agenda.


I was planning to go natural, but when I hit six centimeters, my back was just really hurting,” Lauren said in front of the TLC cameras, adding on air:

“I knew I wasn’t going to be able to relax and progress.”

The epidural made the reality star “very nauseous,” but it accomplished the key goal of decreasing her heart rate.


In early 2019, meanwhile, Lauren and Josiah talked openly about experiencing a miscarriage.

They therefore stunned followers just a few months later when announcing the former was pregnant.

That’s why we can’t just dismiss this latest round of rumors without considering the past and the possibilities.

These two have surprised us before by confirming a tiny human being was on the way. Might they soon do so again?

Jana Duggar Courtship Report: Is She Still the Loneliest Duggar?

Jana Duggar is 30 and still single.

But that doesn’t mean she’s completely inexperienced in the ways of romance.

But don’t worry, the reasons for that are completely sexist, in keeping with the Duggars’ reputation.

You see, Jana is still single.

This is almost unheard of for a family in which girls are taught from a young age that procreation is their sole reason for being.

So with every birthday, the moaning and hand-wringing from the Duggar faithful becomes more intense, as does the need to believe that Jana is in a secret courtship that will soon bear fruit … and by “fruit,” of course, we mean children.

Here’s a complete list of all the men Jana has been erroneously linked to over the years.

Dubbed the “Cinderella Duggar” due to the number of household chores she performs, Jana stayed at home to help care for her siblings as her brothers and sisters flew the coop to start families of their own.

Sources close to the family say that from the time she was of child-bearing age, Jana’s family has been attempting to marry her off to any available man who crosses her path. So we guess she’s endured 12 years (at least) of being creepily objectified by her own parents!

3. Or Shackled to the Compound?

Of course, there are those who claim the opposite–that Jana has been forced to remain at home to help care for her siblings. Frankly, we’d believe either terrible rumor!

…the rumors keep flying, and they probably won’t let up until Jana either gets married or releases a statement proclaiming that she plans to remain single for the rest of her life.

The public pressure on Jana to hurry up and start breeding has only gotten more intense as her sisters have married and started families of their own. At this point, seven of Jana’s younger siblings have married and welcomed children.

In 2014, Jana was linked to saintly quaterback Tim Tebow. Sadly, the romance was as ill-fated as Tebow’s career. Either that, or it just never happened, which seems far more likely…

Lawson Bates is one of the stars of Bringing Up Bates, which is also a reality show about a super-churchy ginormous family. It sounded like a match made in TV heaven. Sadly, it was not meant to be.

After the Bates rumors died down, it was widely reported that Jana was romantically involved with longtime family friend Jonathan Hartono. Apparently, Hartono is a man who values his single status, as he was quick to shoot the rumors down.

The Duggars have a lot of family friends, and it often feels like the media has hooked Jana up with just about all of them. In late 2016, she was spotted hanging out with Jacob Wilson a few times.This led to rumors that they were courting, but nothing ever came of it.

Hey, it’s another family friend who’s rumored to have courted Jana! Is this one also BS? Maybe, but Caleb Williams is different from Jana’s other alleged suitors in a number of important ways…

For one, he used to spend a lot more time with the Duggars, even stopping by for family meals. Not exactly conclusive evidence, but it’s more convincing than anything we’ve seen previously.

Caleb has even been spotted spending quality time with Jim Bob. Certainly seems like the type of behavior you’d expect from a guy who’s working his way up to asking for Jana’s hand in marriage! (We may be getting a tad ahead of ourselves.)

When the rumors first started to spread, Caleb asked fans to bear in mind that the fact that he went to the Duggars’ for dinner was not a sign of a courtship. But he also didn’t say for certain that they weren’t courting — and he’s been silent on the subject ever since.

Sources say Williams attended the same church as the Duggars, but held far more liberal views than they do. Surprisingly, that didn’t seem to bother Jim Bob.

But you know what did bother Jim Bob (and Jana, we’re assuming)? The statutory rape charges that led Caleb to flee the state!

Needless to say, that was enough to lead Jana to distance herself from Caleb.

Perhaps the most persistent rumor about Jana’s love life is the one which holds that she’s secretly in love with her longtime best friend, Laura DeMasie.

Jana, of course, denies these rumors, and she’s even been known to become uncharacteristically irate with people who persist in asking about them.

20. Where the Truth Lies

It’s entirely possible that she’s telling the truth, but it’s also worth noting that Jana would likely feel the need to lie if she and Laura were in a relationship.

After all, Jim Bob is open about his belief that homosexuality is a sin, and it’s rumored that he was the one who had Laura “sent away” to Georgia.

So how does Jana feel about all these rumors regarding her love life? Well, she’s not a fan. But she did answer some questions about her marital prospects in a recent interview.

“I used to be a little more strict,” she told People magazine. “I felt like, I just want to find someone that would either move to Arkansas, or is already from here, but I think as time has gone on, I’ve found I do love to travel more than I thought I did.”

24. Easing Up on Her Restrictions

“So now, it’s more like, okay, if I really love the guy, I’ll follow him to the ends of the earth. I’ll want to go wherever he is. So far I just haven’t found that one,” she added.

25. Taking Life As It Comes

So there you have it. Jana SAYS she’s still looking for Mr. Right (and denies she has any interest in Ms. Right), but for now, it seems she’s fine with living the single life.

In a quasi word? A-HA! That’s the reaction many Counting On viewers are having at the moment, after viewing a...

Jana Duggar Courtship Report: Is She Still the Loneliest Duggar?

Jana Duggar is 30 and still single. But that doesn’t mean she’s completely inexperienced in the ways of romance. But...

How ‘The Masked Singer’ designer creates those wacky costumes

The calling card of “The Masked Singer” has always been its eye-catching costumes, which take center stage on each episode...

Kim Kardashian is facing backlash after flying her inner circle to a private island for her 40th birthday amid the...

Celine Dion is set to star in a new movie about the power of love. The music superstar will appear...

Artists denounce use of their songs by Trump campaign

Complaints from Neil Young, John Fogerty, Phil Collins, and estates of Prince, Leonard Cohen From the beloved opening lines of...

Jon Stewart is returning to TV news with a new show

Jon Stewart is coming back to the world of TV news. The former “Daily Show” host, 57, has landed a...

There’s still a glimmer of hope for the movie theater industry this year, despite dismal domestic box office sales and...

Moses Ingram was prepared for “the worst” after graduating from the Yale School of Drama, anticipating she’d have to work...

Accusation by The Sun newspaper is ‘reputation-destroying, career-ending,’ says Depp’s lawyer A British judge will rule next week on whether... 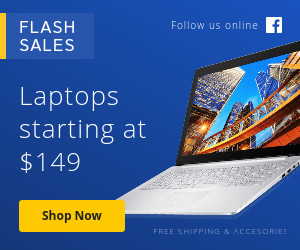